For a company based in Auckland, New Zealand, the logistics of opening a new office in California — 6,500 miles across the Pacific Ocean — would be difficult enough. Add the complexity of U.S. regulatory filings and tax codes, and the challenge could become overwhelming. But Autex Acoustics enlisted Supporting Strategies from the start to quickly get them up to speed and keep them in compliance.

The United States was a vital part of Autex Acoustics’ expansion plans. In April 2016, the company opened an official U.S. sales subsidiary in California. “We saw America as the big whale that had a lot of opportunity,” says Phil Goodin, the company’s General Manager in North America.

Capitalizing on that opportunity would require the assistance of local contacts with expertise in everything from inventory management to international credit card sales. Autex Acoustics found a solution with Supporting Strategies at the center.

Autex Acoustics CFO Marcel van Vliet was on a tight schedule when he came to California to launch the U.S. subsidiary. Mark Wald, Managing Director of Supporting Strategies | Los Angeles, quickly set him up with CPA and banking relationships. Supporting Strategies also made sure Autex Acoustics had merchant card-processing services, a vital step in enabling an overseas company to accept credit cards for sales made to U.S. customers.

Besides assisting with banking, accounting systems and back-office functions, Supporting Strategies has helped Autex Acoustics get acclimated to the United States in many small ways that aren’t always spelled out on paper. “Literally, if I don’t know the answer to something, I just go to them,” says Goodin. “And if it involves something outside their scope, they point me in the right direction and provide a reference.”

For example, Supporting Strategies recommended a lawyer that Autex Acoustics has used to set up contracts for new U.S. employees and provided a physical mailing address where the company can receive and process incoming mail without requiring them to staff a local office.

Autex Acoustics has realized many other benefits from their association with Supporting Strategies, including:

Backup support for tax collections and regulatory filings:
“That’s been invaluable,” Goodin says. “The U.S. is so different from our other markets, and we really had a steep learning curve. We’ve had to lean heavily on Supporting Strategies to make sure the taxes and filings were set up. They’ve also helped us navigate all the different rules state by state. There were aspects of all that that we just didn’t understand because it’s so complex.”

A payroll service provider:
Supporting Strategies set up and runs a low-cost, paperless payroll service for Autex Acoustics to address their immediate payroll needs and is ready to assist in establishing an employee benefits package, including 401(k) and medical plans, as the company grows.

“Literally, if I don’t know the answer to something, I just go to Supporting Strategies.”
Phil Goodin, Autex Acoustics General Manager in North America

Expertise on demand:
“When you call, they pick up the phone,” says Goodin. That’s an underrated asset in a growing online universe. In addition to being accessible locally, Supporting Strategies associates have made themselves available off-hours for Skype meetings with company executives in New Zealand. (Auckland is 21 hours ahead of Los Angeles, so when it’s 9 a.m. Monday at Autex Acoustics’ corporate headquarters, it’s noon on Sunday in California.)

“The reality is that Supporting Strategies has been our partner the whole time, holding our hand.”
Phil Goodin, Autex Acoustics General Manager in North America 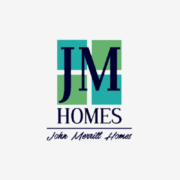